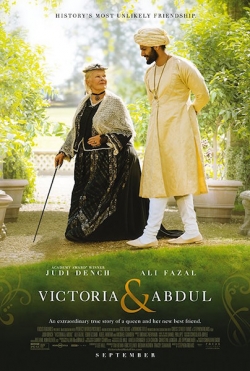 Some things are not supposed to happen.

An aging and bored queen eats herself into a stupor at a feast in her honor until a 24-year-old Indian clerk marches up the aisle toting a gold Mohur minted in her empire, his country.

From that point on – from 1887 until the Queen died at age 81 in 1901, in fact – everybody she knew spent great time and effort telling her just how wrong this relationship was.

Victoria & Abdul, directed by Stephen Frears from the screenplay by Lee Hall and Shrabani Basu, chronicles the affair of the heart between royal and loyal. “Taken from true events ... mostly” says a caveat in the opening credits, as the tale is adapted from the 2010 book by Indian journalist Basu but apparently with enough embellishment to make it dramatic enough, happy enough, sad enough.

Judi Dench and Ali Fazal do the rest with their superb portrayal of the queen and the clerk as they go from interested strangers to interesting and eccentric soul mates. Her royal highness calls him her Munshi, and this supposedly simple man from the exotic land accepts that title and role for all its worth. He shows the queen so much that she doesn’t know about India, religion ... life. 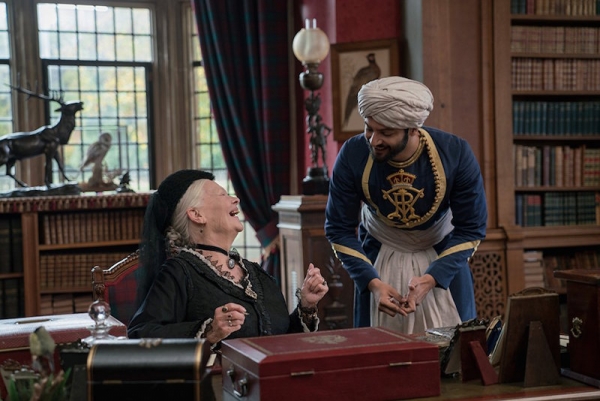 The Queen and her new favorite. (Photos from IMDb.com)
Dench and Fazal dance exotically, superbly, between what is, what was and what could be as the rest of the cast, as her family and royal staff, throws verbal and physical darts, arrows and obstacles at this relationship.

The swiftness and finality of their distaste come the ultimate separation drives home the breadth of the divide that stood along.

‘Victoria & Abdul’ is part of the LPL’s MediaBank collection.