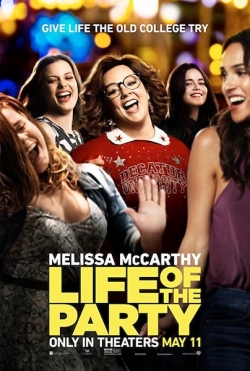 So a middle-aged set of parents drop their daughter off for her senior year at college, and as soon as they reach the car for the ride back home, hubby tells the wife that he wants a divorce.

In the hands of Melissa McCarthy and her real-life husband Ben Falcone, this is quite fertile ground for big laughs and, yes, an even bigger heart.

Director and co-writer (with wife McCarthy) Falcone even makes a quick and illustrative cameo as a sympathetic Uber driver who ferries the distraught woman to her parents' house to deal with the out-of-the-blue news.

Caught between her bickering parents, poor Deanna takes away one salient point from their protestations about how badly Dan treated her. When she left that college one year short of graduation to have their daughter and he got his degree, why ...

Yep. She goes back to school. Take that, Rodney Dangerfield.

The rest of Life of the Party is a dash of physical slapstick, because, you know, Melissa McCarthy is pretty great schlepping around campus as a dorky mom ... or owning a frat party on 80s dance night, too.

Daughter Maddy’s sorority sisters fall in love with her, after some tinkering, because, you know, Melissa McCarthy also is pretty great on the softer side these days, too, now that she has that Mike and Molly sentimentality slice to fill with the movie part of her life. 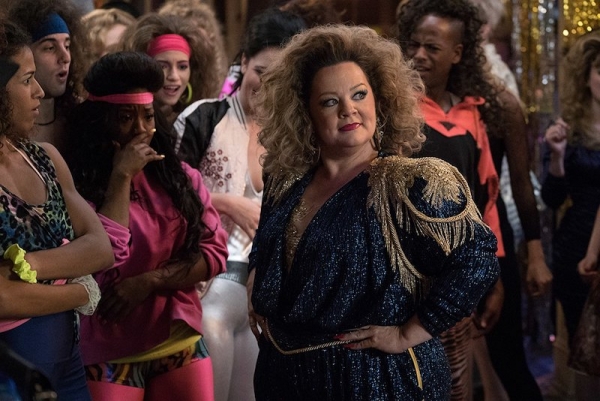 The chemistry is pretty strong with Molly Gordon as her kid and Gillian Jacobs as an older sorority sister back in classes after eight years spent as “coma girl” and Heidi Gardner as her more-than-eccentric roomie with family connections that really come through in the pinch.

Real-life friend Maya Rudolph is all in as her not-in-school bestie, and Matt Walsh and Julie Bowen are good enough as the new couple that develop after Deanna and Dan split.

The only squirmy moment comes from the right-up-to-gross mommy-daughter “walk of shame” exit from the frat house after Deanna’s extremely successful first party. Too. Much. Information.

'Life of the Party' is part of the LPL's MediaBank collection.