Home » Blog » Shazam, Now You Know Who and What!

Shazam, Now You Know Who and What!

by By Keith Gatling | 2 years ago 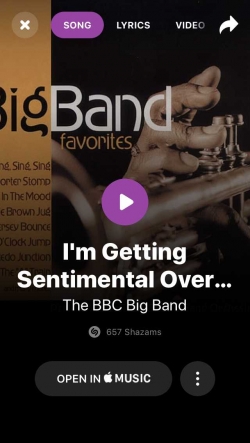 Old readers of comic books, readers of old comic books, and people who spend way too much time at Wikipedia reading about old comic books will recognize this as the magic word that changes young Billy Batson into the powerful Captain Marvel. People with even more time on their hands will know that it’s really an acronym for the wisdom of Solomon, the strength of Hercules, the stamina of Atlas, the powers of Zeus, the courage of Achilles and the speed of Mercury; all of which he has.

Did you ever hear a song on the radio that you liked, but couldn’t find out what it was because the deejay never announced it and calling the station to ask just got you a half-hour of ringing with no answer? Or what about while you’re out to dinner somewhere, and you hear a great song playing over the restaurant sound system, but have no idea what it is? Wouldn’t it be great if you could not only find out what it was and who did it, but were able to immediately buy it too?

Well that’s the marvelous power of this Shazam! Shazam is a free app, for iOS and Android, that will listen to whatever recording is playing, and almost immediately tell you what it is and who it’s by. Let me stress here that Shazam is all about identifying recordings. It listens to the recording you want to know about and compares its “digital fingerprint” with the fingerprints of millions of recordings in its database to try to tell you the exact recording you’re “Shazamming.” With that in mind, humming a few bars of the song won’t get you anything…it’s all about identifying recordings, not tunes.

But even Shazamming a recording isn’t always guaranteed to give you results. I tried using Shazam on a recording by a barbershop quartet called Grandma’s Boys, and got nothing. Same with a record by local bluegrass group Cranberry Lake. I also got nothing when I tried it with a recording of Philadelphia-based folksinger Caryl P Weiss. Why didn’t I get results from those three? Because they all recorded for small local labels, and not the majors who’ve made a point of getting their recordings digitized and into Shazam’s database.

So how do you use Shazam? When you hear a song you want to know more about, whip out your phone and open up Shazam, aim your phone at the source of the music, hit the magic button, and wait. In a flash, after it sends the data to its servers, processes it and sends it back, you’ll get a screen telling you the title of the song and the artist who performed it. It will also let you stream it immediately from whatever service you have set up for that, or let you buy it as a digital download.

Sometimes you will get a few mistaken identities, and I’ve even gotten a few results in Japanese, for songs I sing along to in English. But on the whole, Shazam is a pretty super app.