Everything about The Greatest Showman comes off quite grand.

And when we’re looking at the life of the guy who was grand enough to all he had and some things he didn’t on the line to bring the world its first circus, it shouldn’t be any other way.

The story of the world of P.T. Barnum directed by Michael Gracey from the screenplay by Jenny Bicks and Bill Condon is a full-bodied, colorful 1-hour, 45 minutes of song, dance and morality from the 1800s, when Barnum grew up poor but always had his eyes on the rich girl and his mind on the dramatic dreams of what life could be with a lot of good ideas and more than a little daring-do.

Jackman shines as the showman, a guy who won’t take no for an answer, a hard worker who indeed goes back to that big house and confronts the ornery old man who refused to let him woo his daughter.

A matinée audience of a few dozen at the Regal Cinemas complex in Syracuse mega shopping, dining and entertainment complex Destiny USA appeared to soak in all of the big flourishes that made Barnum the barker that he was as he scaled up and down the world of producing acts and balancing life with his wife and kids.

Michelle Williams turns in a deep performance as that devoted partner, awash in her husband’s dreams and achievements and aghast at some of the depths that can accompany them.

Zac Efron comes through as the young protegé who becomes so much more as Barnum spreads his world from the circus. 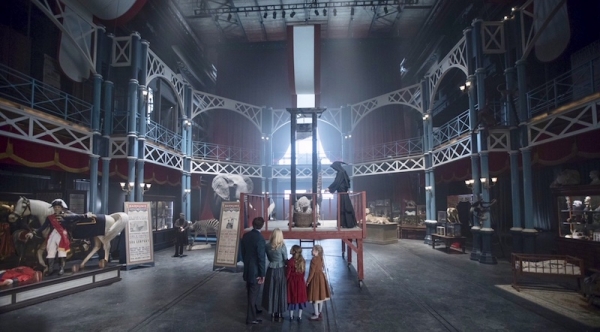 All of the actors who provide the solid foundation upon which this affair is built, the bearded lady (Keala Settle) and Tom Thumb (Sam Humphrey) and trapeze artist (Zendaya) give the outing the depth it needs at all the proper points.

Life was a big show, indeed, when they all came into each other’s lives, and The Greatest Showman lets us celebrate with them.

'The Greatest Showman' is part of the LPL's MediaBank collection.