Home » Blog » The Kids Are Cool, but Mom Thinks She Knows It All in 'Everything, Everything'

The Kids Are Cool, but Mom Thinks She Knows It All in 'Everything, Everything' 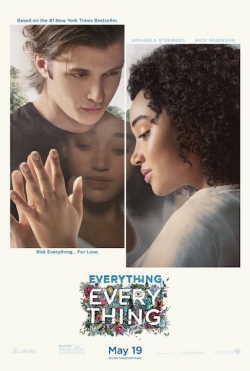 Another movie adapted from the pages of a YA novel is the romantic excursion Everything, Everything.

I’ve stopped treading so lightly to these Young Adult big screen offerings, having been thoroughly pulled in by  the treatments of The Fault of Our Stars, Paper Towns and, episode by episode, the dystopian-ness of The Hunger Games and Divergent series.

So I was figured I was ready for just about anything, anything.

Taken from the pages of novelist Nicola Yoon and scripted by J. Mills Goodloe for director Stella Meghie, Everything, Everything differs from the most of the above offerings by going with a pair of main players with somewhat less immediate star power.

Amandla Stenberg plays Maddy, an 18-year-old who’s spent her whole life battling a genetic disease that basically cripples her immune system. She lives daily at home with basically a blessing and curse. Mom, seriously portrayed by Anika Noni Rose, is a doctor who can provide her with a darn nice house from which she can’t leave, a careful and caring nurse played with an open-heart by Ana de la Reguera who ventures into the friend zone, and endless advice about what she can’t do if she wants to keep on living.

Enter new next-door neighbors, who appear a knockin' with a Bundt cake.

Maddy’s eyes light up from her window seat at the sight – and thought – of Ollie, a hunky teen played by Nick Robinson with good, long hair and nice intentions that emerge more and more as the pair starts a texting relationship. 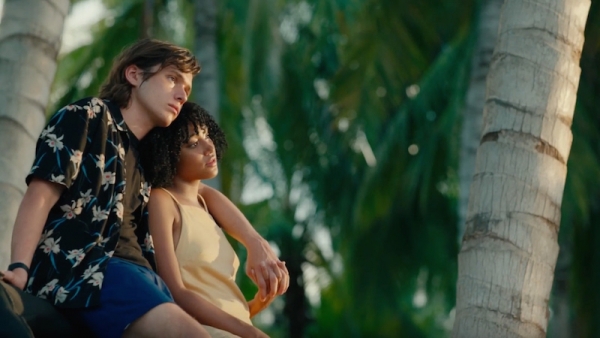 Teens being teens, they both want more. Especially Maddy, who longs to actually go to the ocean, which by the looks of things, can’t be so far from this gorgeous and apparently SoCal neighborhood.

So far, not bad, as Goodloe uses some fantasy scenes to keep their texting from boring the heck out of every generation watching. Soon, though, not even Olly’s great heart, Maddy’s teen spirit and a shared sense of adventure are enough to keep the story rolling along in my soul.

A twist that turns mom from overprotective to something entirely different takes the tale totally off the rails.

It goes from cute to cumbersome for this no-longer-Y A.

Too bad. The kids really were all right until Too Much took over.

Everything, Everything’ is part of the LPL’s MediaBank collection.